Buy more & save with multi-packs and value bundles! Shop Now »

Article posted on May 11, 2016 by EarthBox Sales & Marketing 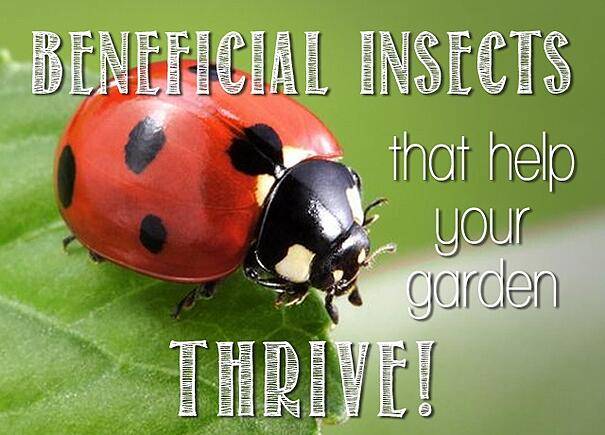 They’re creepy, they’re crawly, and some are quite helpful! If you’re gardening, even in the the EarthBox® gardening system and see your crops are under attack by aphids, caterpillars, or other leaf-eating pests, there’s one natural way to combat them: bring in some other bugs! Here are some garden helpers who will organically clean out those pests and help pollinate.

They’re fun to watch and certainly helpful when it comes to catching destructive insects. Their front forelegs are specifically designed to trap prey. They’re not picky eaters, either -- from crickets to flies to aphids and spiders, a praying mantis will help keep your garden spick and span from annoying insects. Just be aware that they will also prey on other beneficial insects, such as ladybugs. 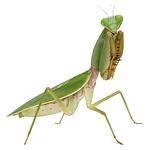 Attract these interesting creatures to your garden by providing them with shrubbery to nest. Plants within the rose and raspberry families are known to draw them in.

Fun Fact: a growing Praying Mantis will shed its exoskeleton up to TEN times during the summer.

It’s a good thing you’re much larger than this creature, otherwise, you might get snatched from your bed in 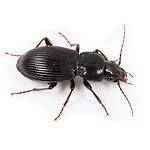 the night! The ground beetle is a nighttime prowler who will hunt down slugs, cabbage maggots, and caterpillars that are damaging to your crops. To encourage these little guys to visit your garden, make sure you have plenty of perennial plants grouped together to provide shelter.

Fun Fact: Even though they’re called Ground Beetles, these guys will climb trees and shrubs sometimes to look for food, but they don’t fly.

Unlike the above ground beetle, the ladybug isn’t as intimidating to look at, but don’t be fooled: adult ladybugs are 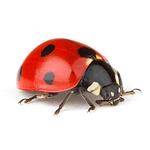 a force to be reckoned with. They’ll devour aphids, mites and other small insects. To attract ladybugs, plant herbs such as cilantro, dill, and caraway, or flowers such as geraniums. They’ll look to pollen for a secondary food source, and these plants provide just that! Be sure to familiarize yourself with the life stages of a ladybug, so you'll be able to recognize eggs and larvae on your plants.

Fun Fact: Over its lifetime, one ladybug may eat as many as 5,000 aphids!

If you don’t struggle with garden pests but want to help out the plants in your garden, consider bringing some honeybees onto your property.

Where would we be without the honeybee? The answer is probably not here according to Gabriela Chavarria, author of “Pollinator Conservation.” Honeybees 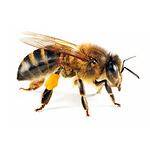 help to pollinate up to 30% of the world’s crops! Without cross-pollination, our food supply would be extremely limited. Scientists who study bees say without them, we would have no blueberries, cantaloupes, carrots, or broccoli, and the list doesn’t stop there.

You don’t have to be an expert in honeybees to create a colony of your own. There are many types of honeybees that are docile and aren’t prone to excess swarming

Fun Fact: To make one pound of honey, 2 million flowers have to be visited for nectar!

It doesn’t matter if you live in a rural or urban area – there are plenty of options when it comes to finding garden helpers to keep pests out of your plants!

Tell us: What do you use in your garden to attract beneficial insects?