Get to Know a Grower:
Mike Correia, a.k.a "Dad Scientist" 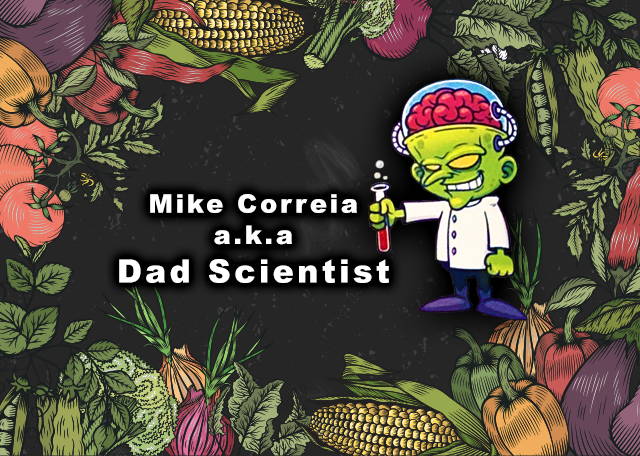 One of our goals at EarthBox® is to make gardening easy, successful, and fun for people of all ages. We want to inspire home gardeners, and empower them to grow their own food and try something new or different.

In this series "Get to Know a Grower (GTKAG)," we are sharing the experiences of some of our most passionate and unique EarthBox® growers. This month, Mike Correia, known as "Dad Scientist" is a Commercial Property Underwriter by day and a hot pepper enthusiast by night; fermenting and whipping up unique batches of hot sauce and kombucha in his lab. Learn more about Mike's inspiration and story, below, complete with full instructions for a hot sauce fermentation recipe!

Tell us about yourself: I’m a Commercial Property Underwriter at a large insurance carrier in Manhattan. However, my alter-ego "Dad Scientist," is known for creating fun and different fermentations, with a focus on fermented hot sauces. Not only do I create fermented hot sauces, but I also ferment kombucha, ginger beer, and Tepache (a fermented pineapple drink). I’m constantly trying new recipes, and if you’d like me to try a specific fermentation, I’m happy to give it a go and share my experiences with my social network.

I’m different than other hot sauce makers you may see online, as I am constantly experimenting with new flavors, and flavors that might not by typically associated with hot sauces. I also enjoy learning and sharing with the EarthBox® and hot sauce communities, as there is always something new to learn!

I’m just a suburban dad having a blast creating unique and new fermentation recipes that hopefully bring smiles to everyone’s faces and stomachs! 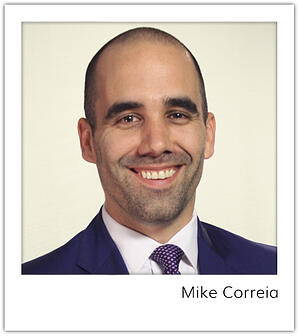 Share with us how you became an EarthBox® gardener: 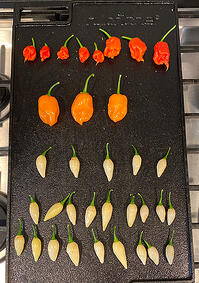 The majority of the soil in my yard is clay, and the drainage is awful. When it rains, the water puddles up and drowns anything I plant, so I was in the market for an above-ground solution; preferably a solution that is moveable/mobile. My mother-in-law had a

good friend who was raving about EarthBox®, and she got me one for my birthday. Since then, I’ve bought four more and don’t plan on stopping anytime soon! I am looking forward to trying out the EarthBox® Root & Veg kit next.

How did you discover your hobby and passion for creating hot sauce and kombucha?

I grew up in Manhattan, and I lived in metropolitan cities throughout my adolescence. However, I always had a passion for the sciences, and more specifically, the natural sciences (thank you Mr. Warren, my favorite elementary school teacher!). Unfortunately, besides sporadic Central Park visits, I didn’t really have any sort of major outlet for my scientific curiosities. 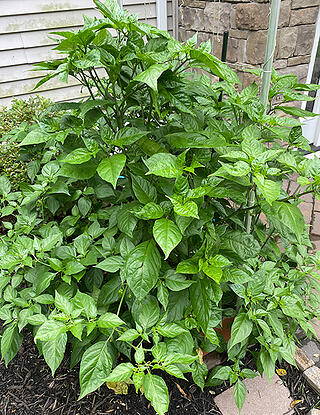 My mother, who grew up in East Texas, has always loved gardening. She learned from her father, who grew all sorts of things in their backyard. The one plant I remember most were his Fig Trees. I always wanted to grow organic food myself, in some capacity, as pesticides have always made me uncomfortable. However, I lived in a 400 square foot studio apartment in Manhattan, so gardening wasn’t really feasible.

After I got married in 2016, I moved to the suburbs in New Jersey with my wife, "MomScientist." I finally had space to grow things, but then I started pondering, 'what do I grow?!?'—so I planted all sorts of different things that first season: three different types of basil, rosemary, zucchini, bell peppers. There was no rhyme or reason to my choices, because I was just so excited to be able to grow stuff. However, one of the plants I chose that first season were jalapeño peppers.

The plants were all struggling to grow in the poorly-draining soil on the side of my house where I created a little makeshift garden, so I decided to try my jalapeños out in the new EarthBox® container gardening system my mother-in-law gifted me. The plants IMMEDIATELY took off, and before I knew it, I had more jalapeños than I knew what to do with! 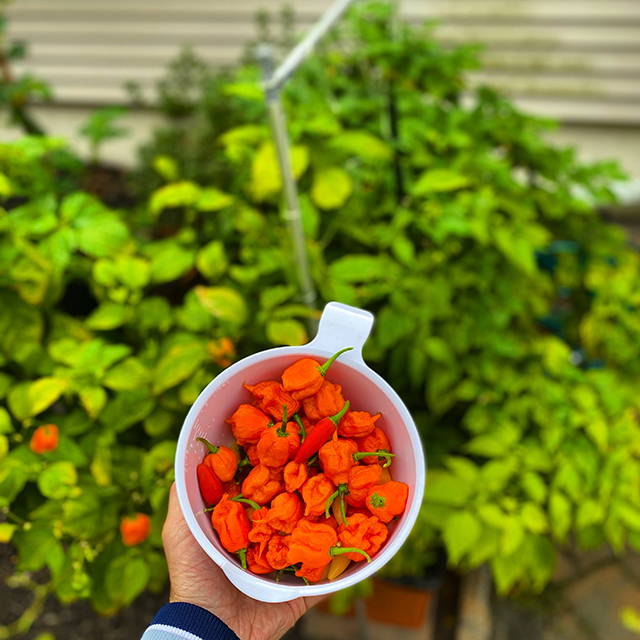 Concurrently with this new abundance of jalapeños, I started watching a web-series on YouTube called “It’s Alive” with Brad Leone, who is a Kitchen Manager for BonAppetit magazine. It’s not only his positive energy and humor that drew me to his show, but it was this cool thing I didn’t know that much about, called fermentation. The first video I watched was him creating a Fermented Hot Sauce with Fresno Chilies. My ears instantly perked up and I started watching the video on repeat.

I looked out at my six enormous jalapeño plants and decided to give it a shot! The first sauces that came out were good, however, there wasn’t much heat and knew I had to upgrade my crop. Since first starting out, I have grown hotter and hotter peppers, even growing the Carolina Reaper (a.k.a. 7 Pot Primo, if you are into the conspiracy theories about the origins of the Carolina Reaper…). Additionally, I have gone from just one EarthBox® system to five in the span of one year, and plan on increasing my inventory even more!

While creating all sorts of fermented hot sauces, I continued learning about the more widespread genre of fermentation. An example of this is Kombucha. My wife enjoys drinking kombucha, however, a single bottle can easily cost $3-$4 dollars at the grocery store. I quickly learned that by fermenting it at home, I could make a gallon of kombucha for pennies on the dollar, and additionally, flavor them exactly as MomScientist wants. Lastly, I get a great amount of joy that I made something from scratch for my wife, and that it is also healthy for her! 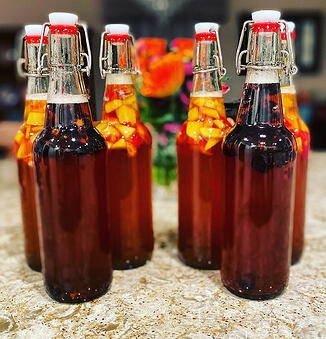 The EarthBox® system has been an immensely valuable tool for me. I work a full-time job and commute each way 1.5 hours (when there isn’t a pandemic going on). I also have an 18-month old son and a 3 year old rescue dog, so my free time is limited. My EarthBox® garden gives me peace of mind that my plants are protected from overwatering, and if I am not able to tend to them every day, that they will be happy and healthy and productive.

I’ve now used my EarthBox® containers to grow Lemon Cucumbers, Cantaloupes, Zucchini, Bell Peppers, and all sorts of chili peppers. Not a single plant has failed to produce and, if anything, the hardest part of owning an EarthBox® is making sure they don’t grow out of control! And I think we can all agree that, as a gardener, that’s the best problem to have. 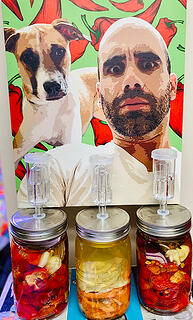 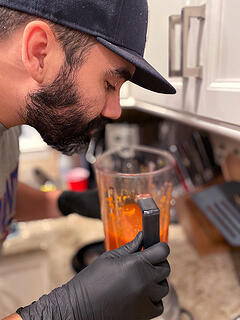 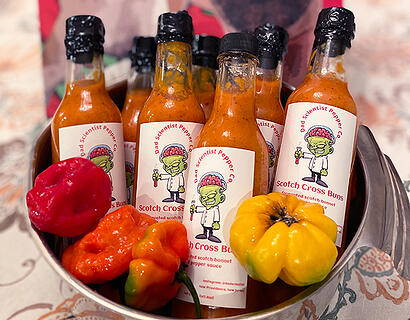 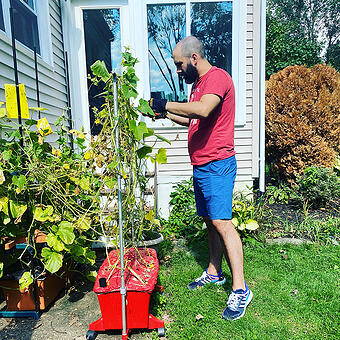 How many EarthBox® systems do you own of each style?

- EarthBox® Original: 5
- EarthBox® Root & Veg: None yet (but this is next on my list. I look forward to growing Carrots and Onions in the coming months!

What are your three favorite crops to grow in the EarthBox®?

1. Jalapeños – Where my love affair for EarthBox® began. I put this EarthBox® outside our front door, and I got to see my peppers all day, every day.
2. Carolina Reapers – The color transitions on these peppers was beautiful and fun to watch.
3. Lemon Cucumbers – They produced so much fruit, that I could give my wife and son 2-3 cucumbers a day. We used them on everything.

What is your favorite must-have accessory in your EarthBox® garden? 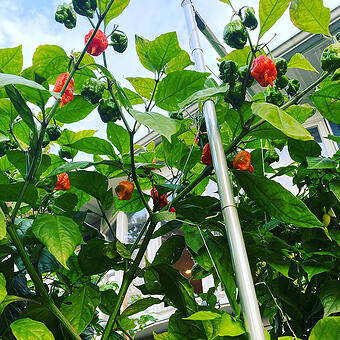 It gets VERY windy by me in the summer months. The Staking System has been absolutely invaluable, as before that, some of my plants had fallen over from the extreme winds combined with the weight of all the peppers growing on the plants

What advice do you have for new EarthBox® gardeners?

I’ve learned that there is an amazing community of EarthBox® gardeners, even groups on Facebook! I was just asking questions on a Facebook community board yesterday and received amazingly thoughtful and ingenious responses. I learn something new every time I plant something, and I think sharing experiences and asking questions is the best way to get the most out of this product. 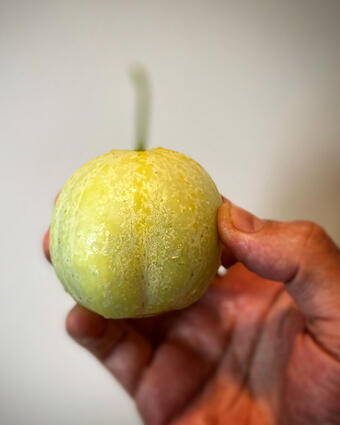 What fruit or vegetable do you love—both growing and eating—that others should try in their garden and on their table?

Lemon Cucumbers – They are the size of a tennis ball and are more “single serving” size than your typical cucumber. They are a bit milder in flavor, and they grow like CRAZY in the EarthBox. The only difficulty with cucumbers, like many cucurbits, are pests. I battled a cucumber beetle infestation throughout the season, which they ultimately won by the end of the summer. 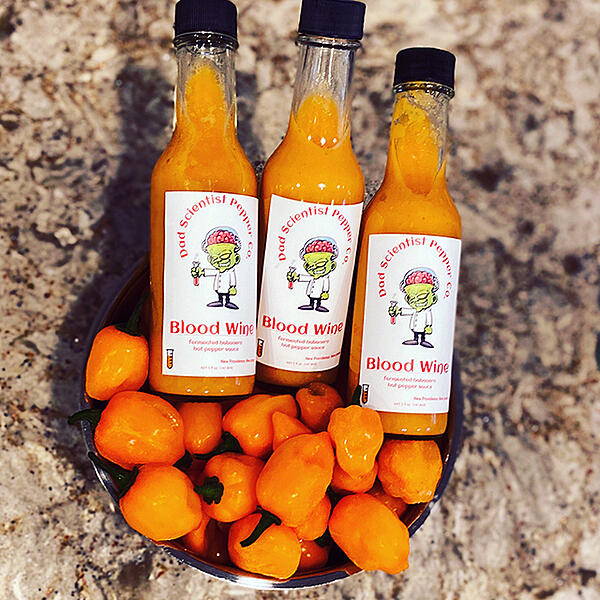 1. Open your windows and put on gloves.

2. Sanitize every tool and vessel you will be using.

4. Pack the halved peppers, carrot, and garlic into the sanitized mason jar. There should be enough room at the top of the mason jar so the airlock does not touch the water/ingredients.

5. Create a salt-water brine, 3% solution, using the digital scale to measure. Pour the brine over the ingredients/weight until all ingredients are submerged.

6. Screw on the lid with the airlock and let ferment in a dark place for at least two weeks. An indicator that your fermentation has begun is the brine will begin to get cloudy. You can ferment longer, and the flavors will develop further, however, the fermentation “stops” being active around two weeks.

1. Check fermentation for any bad growth (see step 6 above).
2. Pour out ingredients of mason jar through a strainer, catching the ingredients and letting the brine go through into a bowl. Save brine.
3. Place ingredients of fermentation into a blender with a roughly chopped peach. Be sure to wear gloves.
4. Blend ingredients on high until mixed. You can slowly add the brine from the fermentation while blending until reaching desired consistency. I typically don’t add more than ¼ cup. (When adding brine, do so SLOWLY, as you can always add more, but cannot take it out.)
5. Add a small amount of Xanthan Gum, if you desire, to help thicken the sauce more and prevent separation. If you prefer not to use Xanthan Gum, a quick shake of the bottle will reincorporate your ingredients together.
6. Once blended, test your sauce's pH. 3.6 is ideal, but make sure the pH is below 4 for it to be shelf-stable.
7. Pour sauce through a strainer into the funnel, to take out the chunks if you like a smoother sauce. If you like a chunkier/homestyle sauce, pour it directly into desired vessel(s) with a funnel rather than straining. Leave some head room at the top of the bottle when pouring.
8. Refrigerate sauce to avoid sauce continuing second fermentation.

Note: I’ve had sauces “explode” if they’ve sat out on counter for too long without opening to release the buildup of gasses.

Flavors will continue to develop and will remain good for a long time if refrigerated!
Yield: Approximately six 5 oz. woozy bottles per batch (can fluctuate based on consistency of sauce)

Do you have a unique EarthBox® garden, or inspiring story to share?